Why the Russia went to war in Ukraine 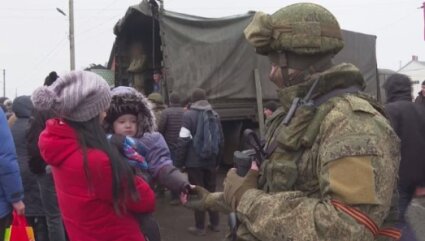 A lot of propaganda is flying around the media in the modern world.

I can't really say, what I am an expert in propaganda, but I do have some advantages.

With Russian as native language and English as a working language, I can hear both sides. My skill gives me the ability to analyze and pinpoint the credible facts out of propaganda flow of both sides.

Russia went to war to Ukraine. That is a well-known fact, and this fact is widely distributed around the world media. For many people, who see only one side of the story, it's terribly wrong act by Russia and Putin.

It is. War is not the thing we want in the world around us.

War is suffering and misery of people, it's news about deaths of loved ones for mothers and families. And we all know that. War is crazy.

So, here is questions — was Putin absolutely insane when he makes this decision? Why a lot of Russians fully recognizing that war is disaster for everybody, and still support his decision? Are they all completely mad, and just enjoying bloodshed?

Well, before we go any further, I want to ask you to see photos under cut. I am warming you, it's not something you want to see. I should admit that tears come to my eyes every time I see it. So, it's your choice. You have been warned.

But under the cut is truth. Truth, which you won't be able to see on official media. Truth confirmed by people, I know — my relatives, my friends, my colleges. Besides, content speak by yourself.
Читать
Боевой листок » Авторы | Даты » gasdmitry
Профиль